Alan is someone who shows us how to just take life’s experiences, good or bad, and make them work for you. His flexible thinking has enabled him to take on so many creative opportunities because Alan sees everything as a challenge rather than a block. Sonya, our roving reporter, brings you his story this week:

Like some of the wool we spin up, our Alan is indeed a rare breed! He is one of four precious males in our group. To be cherished and wondered at. But not merely because of his rarity but because of his  prodigious output of felted articles. When I mused that he must have made good money out of all this, Alan assured me that has not been the case. He has given away most of his creations!

In 2008 I brought my wife Andrea along to Seaford Spinners to get some advice about her craft work. (You Tube does all that nowadays) The 3rd time I brought Andrea along, Clarrie waylaid me and I just went on from there.

Prior to that I had no experience of spinning at all. I had gone to a felting workshop in Tasmania instructing us on how to felt a hat. I later learnt how to make beanies. But I used the advice given there, as what not to do when felting a hat! So I was a raw recruit when Clarrie got on to me. I used the worst wool imaginable when I started spinning. Short  dirty wool. It was like an anchor rope . I remember Clarrie saying ‘If you can spin that, you’ll be able to spin anything!’   I eventually  got enough wool spun up, to make a really good beanie. Someone else knitted it for me.

I use a circular loom now to make beanies because I’ve never really got into knitting. I leave that for Andrea who is a really good knitter.  (who does remarkably delicate gossamer work.)

As I watch Alan spinning silk looking nearly as fine as a spider web, I think he’s achieved amazing quality and output since his relatively recent debut in 2008.

In 2009 I called in on Highland Felting in Oberon NSW. I bought a book, some foam, some needles and some batts. I had a 10 minute verbal instruction on how to make a hat. Then I went back to the campground where we were staying in Canberra and made one! I’ve made a lot of hats since then. I’ve run workshops here and at Aldinga. I’ve also made some big felted bags, scarves and wraps.

One year we all had to make a doll to hang on the Christmas tree. Most people knitted theirs, but I felted mine. It was a figure that was me.

I started needle felting when doing hats and since then I’ve felted a lot of 3D miniature doggies. One year for the Royal Show I made stand up figures of me and the group of 7 dogs I was showing (See that amazing picture).I won 1st prize for that. I’ve even felted fish! I’m currently needle felting a picture of a poodle, and I’m using dog’s hair. I use a colour print on the paper, and I work on either a canvas or paper. If its paper, I just pull it away when I’ve done my felting. When using a canvas, I can print up the background and needle felt the dog straight on to that.

So here I am today busy with my felting, and thinking it all started with Clarrie, rounding me up and teaching me to spin. So you could sort of say that all this is Clarrie’s fault!   (and what a marvellous fault, dear Clarrie!)

Follow Seaford Spinners and Weavers on WordPress.com
Next MeetingFebruary 10th, 2020
We are meeting today! 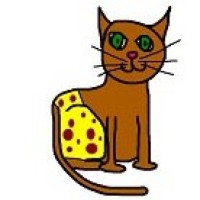 Discover ©SK's 🆆🅴🅴🅺🅻🆈 🅵🅻🅰🆂🅷 🆂🅰🅻🅴🆂 on our Site | We offer unique graphics and artwork designs on T-shirts, Apparel, Mugs, Bags, Posters & Prints and much more gifts for Whole the family, our T-shirts are available in a huge variety of styles, sizes, colors and designs for all kinds of occasions.